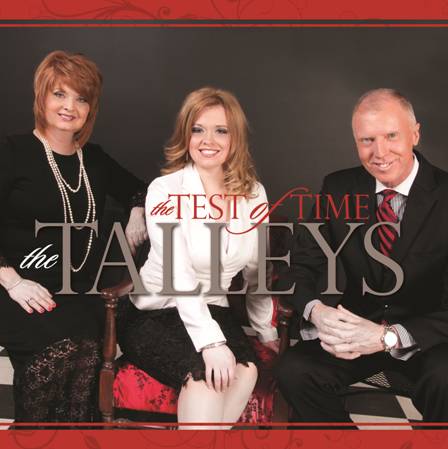 The Talleys Stand the Test of Time with New Project

The Talleys, one of the most beloved and respected groups in Christian music, bring their unmistakable style of progressive southern gospel to another signature release for the Horizon Records label.

The Talleys have created a stylistically diverse collection of classic songs paired with inspired new ballads—”Hidden Heroes” and “What We Leave Behind”—that pay tribute to parents whose legacy will stand the test of time.

Some say that a good song is built on a clever hook, or a unique melody. Those things are important indeed, but the best songs are born from living life’s joy, pain, and questions. Enduring songs are rooted in truth, not trends.

One of the most popular and respected Southern Gospel groups, this East Tennessee family’s strong belief in faith, hope, and love are evident  throughout the album. Roger, wife Debra, along with their daughter Lauren have been fixtures on the very popular Gaither Homecoming Series since 1999, and have traveled the world spreading their message through song. The Talleys perform over 100 concerts each year, and their recordings have led to numerous awards and nominations in the Southern Gospel industry.

The new recording includes ten classic numbers and two brand new songs. Fans will enjoy includes favorites such as “Great As Thy Faithfulness,” “Serenaded by Angels,” “I Go To The Rock,” “When He Calls I’ll Fly Away,” “Holy Ground,” “God Rides On Wings of Love” and a brand new song titled “Hidden Heroes.”

The Test Of Time is available February 18, 2014 at all major digital service providers.