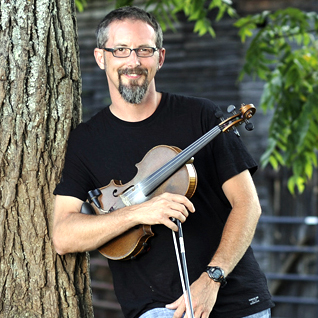 Balsam Range’s Buddy Melton on his Road to Recovery

Thanksgiving: a Time for Gratitude for the Artist and His Family

Nashville, TN—Last Thanksgiving, Buddy Melton was simply grateful to be alive. This year, he’s eager to share new insights after triumphantly returning from life-threatening injuries sustained in an accident on his farm.

“I was doing something I shouldn’t do,” Melton recalls about that day in March of 2012. “I was working with those cows and no one knew it. Lots of folks with small farms or businesses make the same decision. You do a lot of stuff by yourself and you forget how dangerous it is. The economy is such that you can’t always hire help. Some things just need to get done.”

His nose, forehead and right eye socket were shattered when a cow kicked a heavy metal gate, which struck Melton in the head. The singer/fiddler endured a 10-hour reconstructive surgery, months of recovery, and lost more than 30 pounds. He continues to deal with medical issues including loss of taste and smell, and facial numbness.

Melton and his wife, Carla, were overwhelmed and grateful for outpouring of support from fans, friends and other musicians.

“The bluegrass community really is a family,” he says. “The support we received was tremendous. It was overwhelming. Every little kindness meant more than anyone could imagine. I want people to know how grateful I am.”

The day he was released from the hospital, he surprised his band mates, Tim Surrett, Caleb Smith, Marc Pruett and Darren Nicholson, by showing up and the studio. Still weak and unsure, he stepped up to the microphone and delivered the poignant, “I’ve Got a Wide River to Cross,” although doctors had cautioned him that the damage to his sinuses meant he may not sound the same.

“I wanted to be a part of the album,” Buddy recalls about the recording of Papertown. “They were already recording and I just needed to know.”

About a month after the accident, Melton returned to the stage with the band and performed “Trains I’ve Missed,” but he still faced a long road to recovery.

“I lost so much weight,” Melton recalls. “I was wasting away, so I started pushing myself.”

Never one for sitting around, Melton began with low impact workouts and realized that the more he did, the better he felt. He began training for a grueling bike ride known as the Assault on Mt. Mitchell. Just months after the accident that nearly took his life, Melton completed the 110-mile trek from Spartanburg, SC to the peak of Mt. Mitchell, the highest peak in the eastern United States.

“I guess I’m always trying to achieve something that makes people think I’m crazy,” he chuckles. “I believe in setting unrealistic goals, doing something challenging. It drives you harder and it’s that much more rewarding when you achieve your goal. After all, if you live your life afraid of everything, what are you going to achieve?”

The soft-spoken artist admits that he misses certain things, like the sense of smell that once triggered sweet memories. He is grateful, however, for the simple gift of still being here.

“The good Lord had something else planned for me and I appreciate that. I get to be a husband and father. I get to see my little girl, Addie, grow up,” he says. “And seeing Papertown do as well as it did after all we went through, well, it was very rewarding. That process, my thoughts and emotions, everything was different, so it was very rewarding.”

This Thanksgiving, Buddy Melton is thankful indeed, for the family that is the Bluegrass community, for the ability to still share his voice, and for the recognition that every day is precious.

“Life is unpredictable. It’s important to be conscious of that,” Melton muses. “Everybody goes through trials and tribulations. I’d like to give others hope. I’m alright and you will be too.”