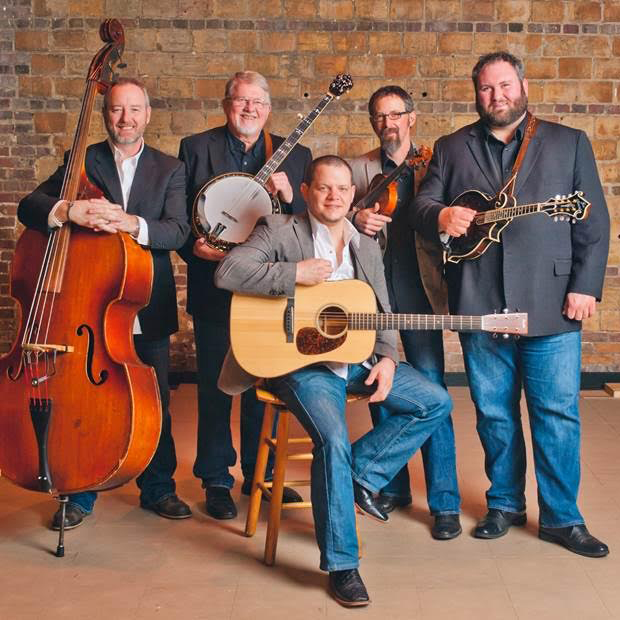 Multi-award-winning acoustic band, Balsam Range, will receive official praise from both the House and Senate of the State of North Carolina on Wednesday, June 10, 2015.

Balsam Range is the current International Bluegrass Music Association (IBMA) Entertainer of the Year and Vocal Group of the Year Winner. The band is signed to North Carolina based record label, Mountain Home Music Company, an imprint of the Crossroads Label Group.

The public is invited to share in the festivities as these five N.C. artists are collectively celebrated with a Representative Statement and a Senatorial Statement is honoring Balsam Range’s significant accomplishments, awards, and its contribution to the musical legacy and lore of the region, sponsored by Senator Jim Davis and Representative Joe Sam Queen.

The band’s 2010 release TRAINS I MISSED brought in a #1 hit and Bluegrass Song of the Year award for its title track. PAPERTOWN (2012) built on that momentum with five consecutive months as the #1 album on Bluegrass radio, and won the 2013 IBMA Album of the Year award.

A reception and live performance will begin at noon on Wednesday, June 10th with all state legislators and staff, the media and public invited. The band is expected to meet privately with Gov. Pat McCrory and Lt. Governor Dan Forest in Senate Chambers prior to the official reading of the Statements on the Senate and House floors.

Balsam Range creatively blends Bluegrass, Folk, Gospel and Jazz into a new American acoustic music experience. Founded in 2007, Balsam Range has made a significant mark in Bluegrass and Acoustic music, representing well the musical traditions and the lore of the Western North Carolina region. Top-charting songs have included “Papertown” which honors the city of Canton, and “Last Train to Kitty Hawk,” a nod to NC’s heritage of flight.

Buddy Melton (along with collaborators, Milan Miller and Mark Winchester) has been honored previously with a “Paul Green Multimedia Award” from the North Carolina Society of Historians for the album of original music, Songs from Haywood County.

The NC State Legislature Honors Balsam Range
Wednesday, June 10, 2015
Legislative Building, 16 W. Jones Street, Raleigh, NC 27601
Noon – 12:30 p.m.
Public performance by International Bluegrass Music Association Entertainer of the Year and Vocal Group of the Year, BALSAM RANGE
12:30 – 1:00 p.m.
Public Reception and Photo Op (Refreshments will be served)
1:00 – 2:00 p.m.
Private Meetings
Senate convenes at approx. 2:00 p.m.
Official reading of the Senatorial Statement on the Senate Floor, followed by an official reading of the Representative Statement on the House Floor
A public gallery is available for both readings and the media is welcome.