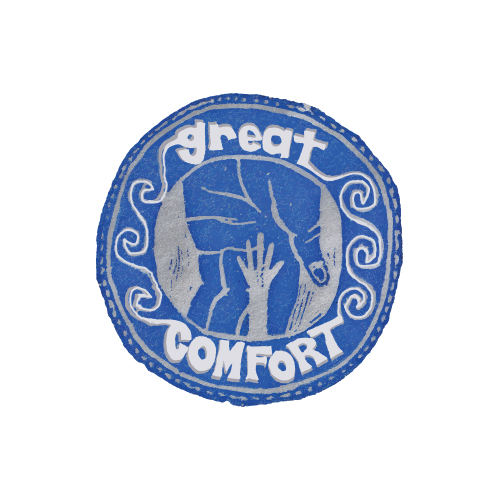 Syntax Creative is delighted to announce a new deal with Great Comfort Records, a South Jersey-based record label founded by accomplished artists Lenny and Daniel Smith, who are father and son. Lenny’s classic 1974 hymn “Our God Reigns” has been translated into 50 languages, appears on 30 albums and is in 40 songbooks and hymnals, while Daniel remains the frontman for his rock group Danielson, which was formerly under Tooth & Nail Records. Lenny wrote his first Scripture song in 1965, and the family’s musical legacy is still building.

“Great Comfort Records is continuing to release albums,” Daniel Smith said. “In 2016, we will be releasing Lenny Smith’s new album, Rachel’s new album, and we are planning to release the first of many thematic compilations of worship songs by various singers and songwriters.”

“At Syntax, we value artists who value creativity,” Syntax Creative CEO Tim Trudeau said, “and the Smith family has brought a dedication to uniqueness for decades.”

When “Our God Reigns” began to be used in songbooks and on albums, Lenny established his own publishing company called New Jerusalem Music. He represents nearly two dozen acts — among them Sufjan Stevens, Danielson, Half Japanese, Espers and The Welcome Wagon — and has landed over 80 different movie, television and advertisement placements.

“In our research, we noticed that Syntax represents several companies that we think highly of,” Daniel said. “We are delighted to be associated with this group of labels. Syntax will give our music a broader appeal and wider reach.”

“We’re excited to help introduce the Smith family’s unique brand to a larger audience,” Trudeau said. “We look forward to a long and prosperous relationship.”