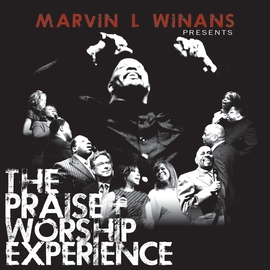 Pastor Marvin Winans rose to fame as a member of the Winans — not just the well-known First Family of contemporary black gospel, but the actual quartet of that name which laid the foundation for the family’s veritable gospel empire beginning in the early ’80s. Winans never really chose to devote his focus to a solo career, preferring instead to lend his talents as a vocalist, keyboardist, songwriter, and producer to not only a wide selection of Winans-related projects, but to many other gospel performers over the course of the ’80s and ’90s. Additionally, Winans founded his own church, the Perfecting Church, in Detroit during the early ’90s; after preaching mostly in area hotels during the church’s early years, Winans’ following had grown to over 3,000 by the end of the decade. Though it has never become his primary goal, Winans has occasionally headed up his own musical projects as well. 1992’s Introducing Perfected Praise was an acclaimed, cleverly arranged foray into mass-choir gospel, featuring Winans at the head of his newly assembled Perfected Praise Choir. It took until spring 2001 for Winans to issue a follow-up record, which was titled Friends and released on sister Angie Winans’ Against the Flow label.