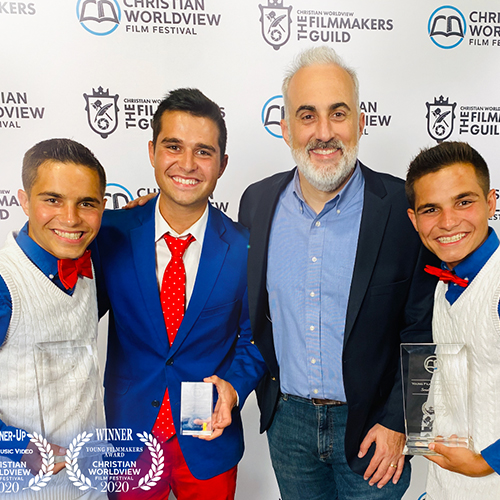 The 3 Heath Brothers, who are quickly becoming rising artists within gospel music, were recognized by the Christian Worldview Film Festival last week, winning the Best Young Filmmaker award for their “Smell of Smoke” video. The video was also named runner up in the Best Music Video category, and Nicholas Heath won the festival’s Composer’s Competition.

“We didn’t think we’d win anything. We were completely shocked,” says Nicholas. “But no matter what we do whether it’s music or movie making, all of the glory and all the praise goes to Jesus Christ.”

Each year, the Christian Worldview Film Festival—started in 2014 by the non-profit ministry Media Talk 101 and sponsored by the Kendrick Brothers—encourages Christian Filmmakers in their Biblical worldview and the craft of film making. In their video for “Smell of Smoke,” the 3 Heath Brothers bring to life the Biblical story of the fiery furnace.

“I am so proud of the 3 Heath Brothers for winning these awards in such a prestigious competition,” says Roger Talley, who produced the 3 Heath Brothers’ album, Who We Are (STREAM/BUY). “Nicholas has an amazing gift of composing and creating music. Clayton and Christian are talented at singing as well as producing and editing film and video. God is truly using these young men.”

“Smell of Smoke” was one of the first singles from Who We Are, which showcases the brothers’ creative arrangements, song choice and production, making an impressive statement about their music, mission and beliefs.

Listen to “Smell of Smoke”—and the rest of the album—tap/click cover art below: 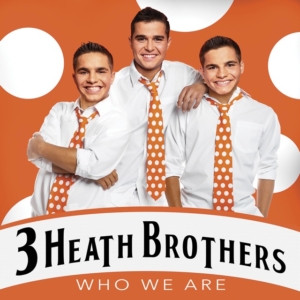 When these young guys get up to sing, people are consistently shocked by their tight harmony, powerful vocals, and a cappella arrangements. In the summer of 2018, they won the Grand Champion Trophy at the NC State Annual Singing Convention. They recently performed at Dollywood, Billy Graham Training Center at the Cove, and are Main Stage artists at Singing in the Sun 2019 and the Gatlinburg Gathering 2019.

Audiences won’t want to miss their young energy and passion for God. They love God and their goal is to promote Christ and demonstrate that you are never too young to give all you have to God.