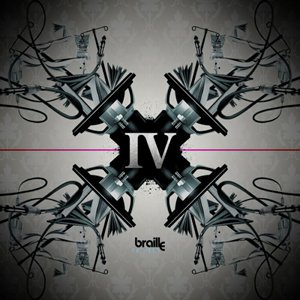 Always on a musical mission, BRAILLE has become one of rap’s best-kept secrets.  He has released three solo albums; performed throughout the U.S., Europe and Japan with artists like the late James Brown, De La Soul and others; been named one of the “Next 100” by URB magazine; and collaborated with rap heavyweights such as 9th Wonder and Pigeon John.  All of these accomplishments set the stage for Braille’s fourth album The IV Edition, set for release April 15 on Syntax Records.

The album’s first single and title song serves as an ode to Braille’s rap roots.  Produced by Marco Polo and featuring scratches from Rob Swift, the energetic drum-driven tune is a lyrical showcase that caters to rap’s tremendous subterranean following.  “The underground hip-hop base is a lot bigger than people think it is,” Braille reveals.  “Sometimes when people think of the word ‘underground,’ they think of basement albums that just get dubbed on tape.  So I’m sticking to my roots.  I believe that the audience for lyricism and good hip-hop is much larger than most people assume.  I wanted to start with the hip-hop base and take it from there.”

Elsewhere, Braille acknowledges his personal and artistic history on “Remember Your Path” and channels the energy of music icon James Brown on “Main Squeeze,” with whom Braille toured as an opening act during 2005 and 2006.  Then on “Calculated Risk” Braille gets personal by examining his decision to pursue and create lyric and beat-drive rap music with spiritual overtones.

In addition to being his fourth album, the title represents three other things.   Braille wants the album to serve as an IV to distribute musical medicine for social illnesses directly into the veins of the society.  IV also stands for “International Vision” (becoming more aware of what’s going on in the world around us) and “International Version” (the album is made for an international audience and features German, French, Finish and Australian producers like M-Phazes, Aetoms, Staffro, etc).

Hailing from Portland, OR, Braille began his life in hip-hop at an early age.  In 1999, when he was 17, independent startup ESWP music released his first album, Lifefirst: Half The Battle. Next came 2004’s Shades of Grey, which featured collaborations with 9th Wonder (Jay-Z, Destiny’s Child) and Rob Swift, and Box of Rhymes followed in 2006.

Leading up to the release The IV Edition, BRAILLE will be on tour with Ohmega Watts and Galactic performing material from the album. Later this summer he’ll be appearing with Othello on the Vans Warped Tour. Complete tour dates follow below.

The complete track listing for Braille’s The IV Edition is: