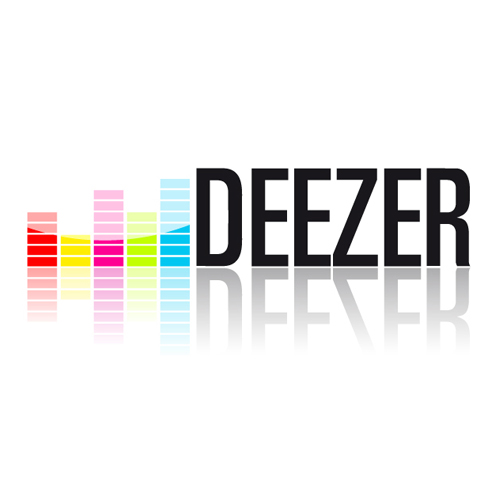 Deezer, the global digital music service today announced with Sonos, the leading manufacturer of wireless music systems, the launch of Deezer Elite outside the United States, bringing High Definition Audio to music lovers around the world as part of a phased roll-out. In the first phase, existing Deezer listeners on Sonos will be able to upgrade to Deezer Elite at no additional cost. Starting on March 19th, Deezer Elite will be accessible to all users. In so doing, Deezer will become the largest global high definition streaming service in more than 150 countries, all offered only on Sonos.

For the first time ever, consumers in Europe, Latin America, Asia Pacific and Canada will be able to access Deezer Elite on their Sonos system following the US launch of the service in fall of 2014. Listeners across the globe can choose from Deezer’s unprecedented 35 million track library and stream loss-less FLAC (Free Lossless Audio Codec) files at a standard of 1,411 kbps or higher in any room, or multiple rooms on Sonos speakers and components.

“Our partnership with Sonos offers the ultimate experience for music fans, combining the best wireless home music system with the best music streaming solution,” said Tyler Goldman, CEO of Deezer North America. “Given our early success, with over 200,000 new users in the first few months since launch, making the service available globally is a natural next step to satisfy the unmet needs of audio enthusiasts across all markets.”

Music quality has gone backwards from vinyl to MP3s and Deezer Elite helps to restore the balance and bring loss-less music as the artist intended to the global streaming music market.

Deezer Elite was made available to Sonos users in the US with the express aim of super serving the needs of music lovers and audiophiles. According to a recent survey of Deezer Elite listeners, the majority of listeners will never go back to listening to MP3 after experiencing high definition audio with Deezer Elite on their Sonos system. Highlights of the study include:

While Deezer listeners consume a high number of tracks per month, Deezer Elite listening engagement is even higher, with almost twice the listening time relative to other listeners.

“There is a lot of momentum happening in streaming and it’s going to keep getting better for music lovers.” said Sonos CEO John MacFarlane. “We’re excited Deezer is pushing for even better quality and to bring Deezer Elite to more Sonos customers around the world.”

MP3s made music transfer and sharing easier than ever, but the files needed to be compressed due to storage and bandwidth limitations, leading to a significant loss in sound quality. You can now listen to performances as the artist intended with digital loss-less captures of original analog audio sources. With the vast majority of music listeners using MP3 format (320 kbps or lower), the 1,411 kbps standard represents a significant jump in music quality, at five times the bit-rate of other services.

Iconic alternative rock band Placebo members Brian Molko and Stefan Olsdal welcomed the news: “During the early conversations regarding our 20th year as a band and the subsequent anniversary campaign, it was clear that the subject of streaming was going to be a very important discussion. When Deezer approached us about releasing our catalog on their new Elite platform in partnership with SONOS wireless audio systems, we were impressed with the advancements in technology and felt that it complimented the music that we make and our desire for people to hear that music in the highest possible format, that no longer compromises on sound quality“

About Deezer
Deezer is the first truly global on-demand audio provider, offering a digital music streaming service in more than 180 countries, with 16 million monthly active users and 6 million paid subscribers worldwide. Deezer is at the forefront of a streaming revolution, allowing fans instant access to the largest music catalog in the world, with more than 35 million songs and 30,000+ radio channels on any device. Combining the best of man and machine, Deezer’s global editorial team searches for the best music around the world and its algorithmic recommendations help fans discover music they will truly love. Deezer is available on your favorite device, including smartphone, tablet, PC, laptop, home sound system, connected car or smart TV.

Launched in 2007, Deezer is a privately held company, headquartered in Paris with offices in San Francisco and around the world. Deezer is also available in the U.S. via Bose and Sonos audio systems. Deezer is currently available as a free download for iPhone, iPad, Android and Windows devices or on the web at http://www.deezer.com globally outside the US. In the fall of October 2014 Deezer acquired leading on-demand talk radio service Stitcher.

Founded in 2002, Sonos® is the leading manufacturer of wireless music systems. The Sonos Wireless HiFi System lets you stream all the music on earth wirelessly in every room of your home with control from your Android® smartphone, iPhone®, or iPad®. In addition to playing your personal digital music collection, Sonos gives you access to millions of songs and thousands of radio stations by partnering with AUPEO, Deezer, iheartradio, JUKE, Last.fm, MOG, Napster®, Pandora®, Rdio®, Rhapsody®, SiriusXM Internet Radio, Slacker Radio®, Spotify, Stitcher SmartRadio™, TuneIn, Wolfgang’s Vault, and more. The award-winning Sonos Wireless HiFi System is available at more than ten thousand retailers in over 65 countries worldwide; or direct from Sonos at www.sonos.com. Sonos, Inc. is a privately-held company, headquartered in Santa Barbara, California with offices in Cambridge, Massachusetts, Hilversum, Netherlands, Shenzen, China, and Penang, Malaysia.