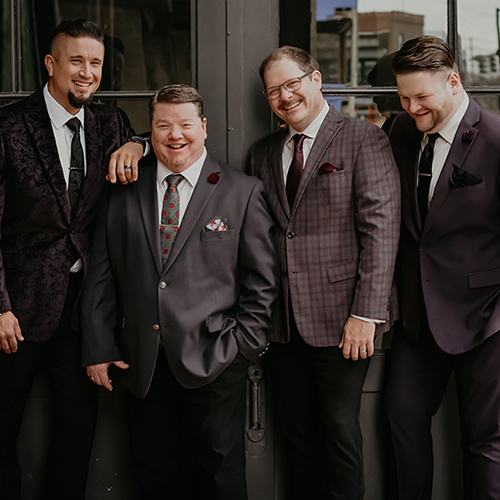 Down East Boys claim new No. 1 on 2 charts

The song is the group’s fourth number one song in the last two years, following “Beat Up Bible,” “Testimony Time” and “I’d Like To Tell It Again.”

“We were blessed to record this song at a time when the message is needed now more than ever,” says lead singer Ricky Carden about “Amazing Amounts of Amazing Grace.” “Even in tough and trying times the Lord gives us amazing amounts of grace each day to sustain through uncertain times.” 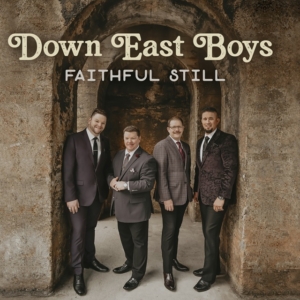 The first song on Faithful Still, “Amazing Amounts of Amazing Grace” begins the album on an upbeat note, with all four group members singing with an Oak Ridge Boys country feel. Stating “Every day the Lord displays amazing amounts of amazing grace,” this song reminds listeners to not overlook God’s presence in their daily lives.

About Down East Boys | For more than 30 years, the Down East Boys quartet has traveled from coast to coast, Canada and Mexico. Starting in eastern North Carolina the group chose the name from that region called Down East, but quickly expanded its ministry and has now recorded more than 20 projects and has had more than 40 songs reach the top of the Singing News charts. The Down East Boys features lead singer Ricky Carden, baritone singer Daryl Paschal, bass singer Zac Barham and tenor singer Doug Pittman, who each bring a richness to the group’s music and have been noted by industry leaders and singers as some of the best. The Down East Boys have been afforded many great accolades to their credit. Three songs — “Beat Up Bible,” “Testimony Time” and “I’d Like To Tell It Again” — from their most recent album, One Day In The Past, have reached the No 1. position on the Singing News Chart. From performing with many evangelists through the Billy Graham Evangelistic Association, singing at Southern Baptist State Conventions and Evangelism conferences all over the country, to all the awards and nominations and the hit songs, nothing changes the goal of this group and that is to share the gospel of Jesus unto all the world.