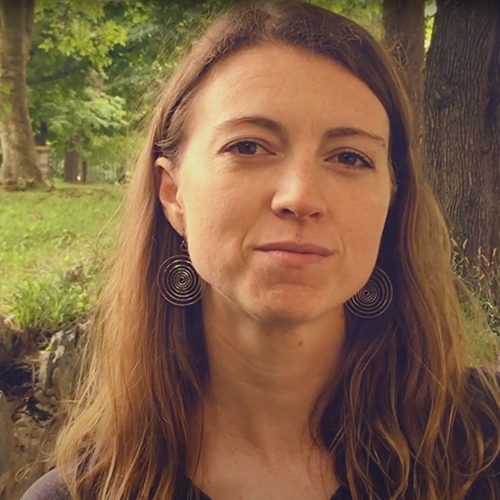 Music video: The Gina Furtado Project – ‘The Things I Saw’

The Gina Furtado Project has released a video for “The Things I Saw,” the group’s latest single, after a premiere by Bluegrass Today.

“The Things I Saw”—produced by Thomm Jutz—is a unique blend of driving contemporary bluegrass and acoustic pop influences, and of personal memories with a universal spirit, exemplifying the evolution of today’s acoustic music scene through Furtado’s fresh, distinctive approach.

The song describes a personal, literal journey to a sacred and well-loved place in order to seek—and find—solace and redemption from a hectic world. “‘The Things I Saw’ was inspired by my experiences growing up on the Shenandoah River,” Furtado says. “All throughout my childhood, I went to the river when I needed comfort of any kind. No matter what happened in my life, good or bad, the river was always the same. The plants and critters and smells and sounds became like old friends; always welcoming and beautiful in every way, and always more powerful than whatever it was that could possibly bring me down.”

“I imagined a secret society whose mission was to fight Hatred with Love,” she continues. “I’ve taken that little vision into my adult life, and enjoy trying to spot members of this secret society (and trying to be one myself!)….they can be flowers, animals, sunsets, people you pass on the street…anyone or thing who refuses to let darkness and negativity take over and instead chooses to exude pure and unstoppable love.”

Furtado, known for her work as the banjo player for Chris Jones & The Night Drivers, she has a long history with her banjo. Born and raised in Front Royal, Virginia, Gina began touring up and down the east coast in her tween years with her siblings, earning countless ribbons from fiddlers conventions, a strong reputation in the regional bluegrass scene, and a stamp from Bluegrass Today as “absurdly talented.” She later played in a number of regional acts before making her international touring debut with Chris Jones and the Night Drivers soon after joining the group in 2016.

While touring, she is joined by Drew Matulich on guitar and Malia Furtado, her sister, on violin, who each bring experience and energy to the band.

Now based in Asheville, NC, Matulich grew up in Georgia and began playing guitar at 8. While studying music in college he performed with several bands of various styles in and around Georgia and Florida before immersing himself in the Bluegrass scene of Western North Carolina. He has toured and recorded with Billy Strings, made a guest appearance on Roland White’s album and shared the stage with the likes of David Grisman, Bryan Sutton, Sam Bush, Cody Kilby, and Sierra Hull.

Malia’s musical journey began at the age of 3 with classical violin lessons and took a turn, when she attended her first festival, Galax Old Fiddlers Convention, a few years later. Since then, she has performed with a number of different groups, taken home a range of prizes, graced the stage of numerous venues up and down the East Coast and given private lessons in both bluegrass and classical playing. Malia is the Director of Education at the Front Porch Music School in Charlottesville, VA, and currently teaches adult continued education courses in bluegrass fiddle at Blue Ridge Community College in Weyers Cave, VA.