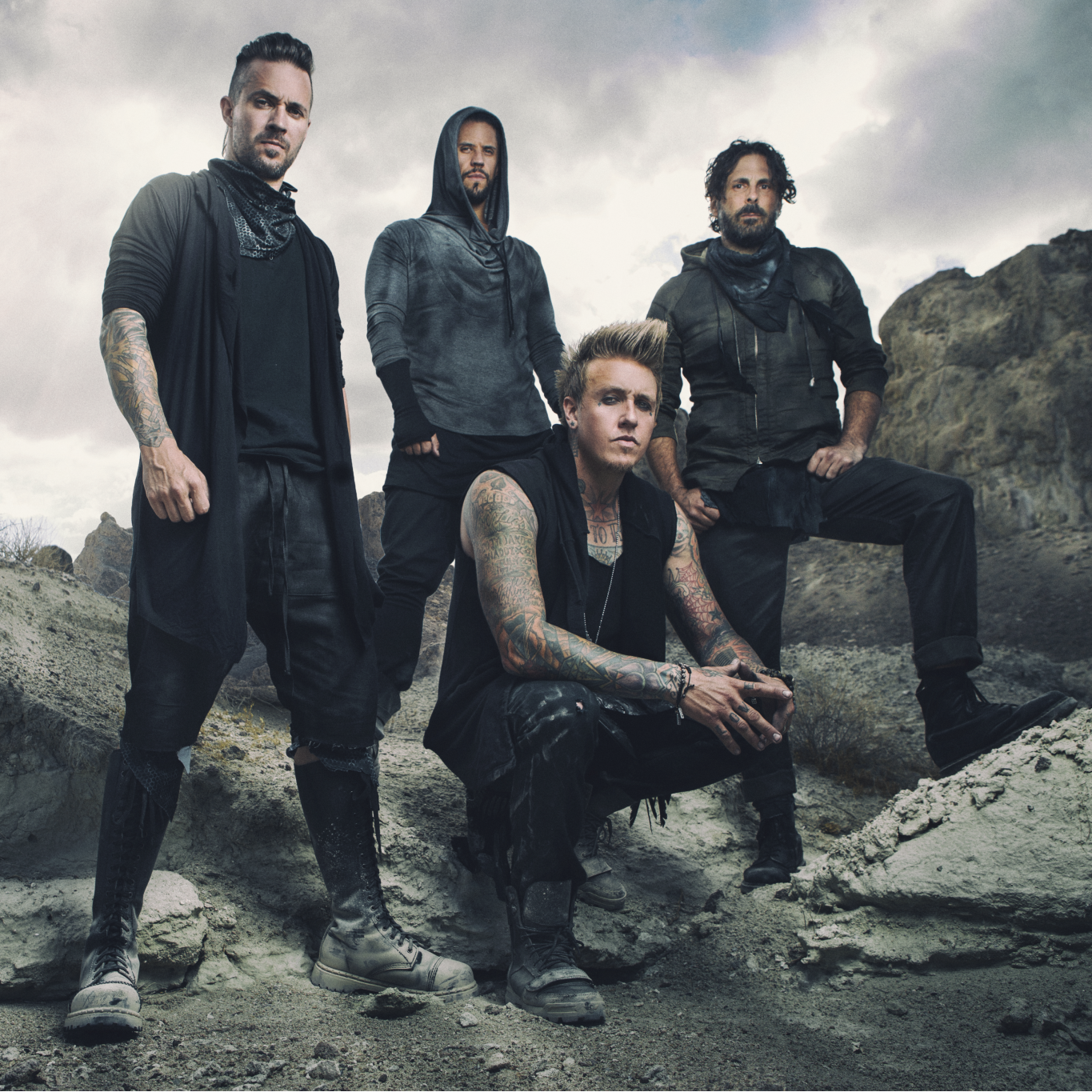 PAPA ROACH, have been known as chart-toppers since the explosion of their first album, INFEST and their smash single “Last Resort”, in 2000.  On January 27, 2015 the band will celebrate the 15th anniversary of INFEST by releasing their 8th studio album and most infectious, invigorating, and incendiary body of work to date, F.E.A.R.

Multi-platinum, Grammy and MTV Music Award nominee, PAPA ROACH has paved the way for many bands that we hear on the radio today.  The band’s brand of melodic rock played a big part in shaping the newly-resurgent nu metal scene.  Returning to dominate the resurgence, the band recorded F.E.A.R. in Las Vegas, NV with producers Kevin and Kane Churko (Ozzy Osbourne, Hellyeah, In This Moment, Five Finger Death Punch) in early 2014.

PAPA ROACH preserves the robust riffs and swaggering rhythms that marked their initial call-to-arms, while seamlessly infusing cinematic electronic flourishes, sweeping hooks, and magnetic melodies. The band—Jacoby Shaddix [vocals], Jerry Horton [guitars], Tobin Esperance [bass], and Tony Palermo [drums]—rise like never before on this album.  The first single and title track explodes into an arena-ready refrain that’s as anthemic as it is atomic. Muscular guitars give way to an industrial stomp before sparking an uplifting and undeniable chant.

On tour in Europe and the UK earlier this year, Jacoby Shaddix (vocals) told Kerrang! “There obviously has been an element of hope within the despair of the music that we write, and I think that that’s always key, and that’s very important to what we do, is to always have that element of hope, and that’s laced throughout the record.”  To Ransom Free Media, Tobin Esperance (bass) added” It’s definitely that ‘light at the end of the tunnel’ kind of thing. It’s positive. It has some moments where it’s really heavy, but it’s a positive record.”