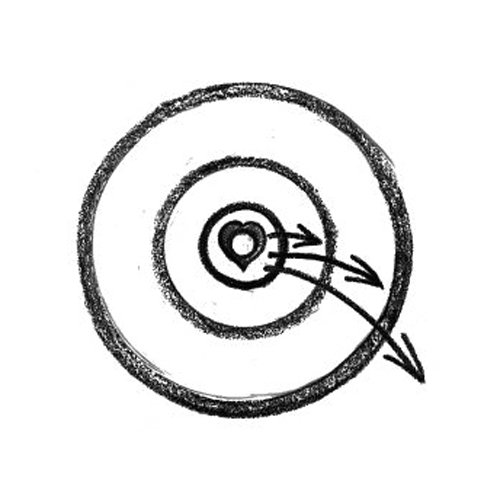 Joel and wife Heather were inspired to write the songs for deliberateKids2 by parenting their own children. “It is music made by my family for other people’s families,” Joel says. “It’s our offering. We made it to stir the idea that, as a community of believers and creative people, we should all be about planting good seeds in our kids’ hearts.”

Geared toward children ages 8 through 12, deliberateKids2 is an exciting sing-along set of pop rock music that harkens back to Joel’s days with the newsboys. Kids will enjoy the light-hearted lyrics that also teach them about living an adventurous life, having courage and more!

deliberateKids2 is parent-friendly as well. Joel explains, “I know when kids latch on to music, they want to hear it 100 times. We really wanted to make it something that we all can enjoy as a family.”

While the physical album will be sold exclusively in Family Christian stores, Joel is partnering with Syntax Distribution to release deliberateKids2 worldwide digitally. “Syntax Distribution is excited to launch this new Phil Joel project,” says Tim Trudeau, President of Syntax. “This album is fun and fresh, and we can’t wait to see how it will positively impact families.”

deliberateKids2 features collaborations with former Newsboys frontman Peter Furler and members of the Supertones and its release precedes a family-friendly concert series in conjunction with Focus on the Family this fall.

Phil Joel is the former bassist and vocalist for the Dove award winning and Grammy® nominated contemporary Christian band the Newsboys. As a solo artist, Joel releasedWatching Over You, Bring It On, The deliberatePeople. Album and The New Normal People. In 2005, he and his wife, Heather, started the “deliberatePeople.” ministry to encourage Christians of all ages to actively pursue a relationship with God. Upon leaving the Newsboys at the end of 2006, deliberateKids was the first album he made from an outcry for positive, quality music for children. For more information, visit philjoel.com and deliberatekids.com.

A division of Quality Junk, Syntax Distribution is a digital distribution and aggregation firm based in San Diego, California, handling many of the top independent Christian artists such as David and Tamela Mann of Tyler Perry’s Meet The Browns and Disney’s Next Big Thing winner Jasmine. Their record label clientele includes Central South, Crossroads Music, and Bema Media, among others. To learn more about Syntax Distribution, visit:syntaxcreative.com.