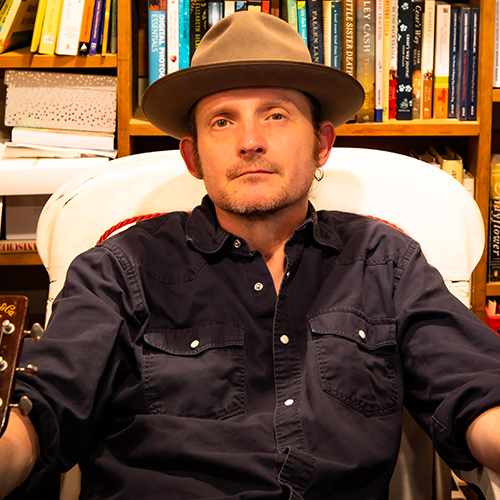 If it seems like Thomm Jutz lives in two worlds, it’s only because the one where he actually lives is a place where past and present, nostalgia and reinvention, preservation and innovation all coexist—sometimes comfortably, sometimes with elbows thrown. Like its predecessor, To Live In Two Worlds, Volume 2 (STREAM/BUY) is filled with stories of mysterious deaths, moral dilemmas, struggling musicians and historical events that range through the years and across the globe, offered alternately with the help of a crackerjack string band and by nothing more than Jutz’s guitar and voice. The album is now available for pre-order ahead of its September 25, 2020 release.

The first single from the project, “The Flood of 2010” (STREAM/BUY)—the only song in the entire two volume set to receive both solo and full band treatments—sets the pace, evoking the musical flavor of a durable folk song while carrying on the genre’s tradition of telling the news of the day in a vivid, detailed fashion. Inscrutable histories both truth-based and fictional get their due in “New River Gorge” and “In This House,” while the simplest verities of the gospel are revealed in “If You Sign Up For The Kingdom,” “Suffering’s Gonna Find You” and “No One Knows.” 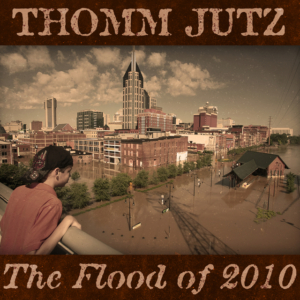 Another great stream of musical tradition, the blues, is explored here, too, from the hardships that inform the “East Kentucky Blues” and the unfulfilled promises laid bare in “Emancipation Blues” to the story of African-American Grand Ole Opry star DeFord Bailey (“Evening Prayer Blues Revisited”). And no matter the particulars, Jutz and his co-writers dig deep to find the essence of each story and link it to the larger world.

About Thomm Jutz | Thomm Jutz is a songwriter, producer and guitar player whose songs have been recorded by Balsam Range, Chris Jones & The Night Drivers, Terry Baucom, Nanci Griffith, Kim Richey and many more. To date he has had six #1 bluegrass songs and was nominated for IBMA Songwriter Of The Year in 2017, 2018 and 2019. His song “Going Back To Bristol” was nominated for Song Of The Year 2017. He’s the producer and principal songwriter of The 1861 Project, a three-record collection of original songs about the American Civil War. He also co-wrote and produced I Sang The Song, a musical biography of Mac Wiseman featuring John Prine, Alison Krauss, Shawn Camp and many other renowned Bluegrass artists. Jutz has previously released two Bluegrass solo records Volunteer Trail and Crazy If You Let It.