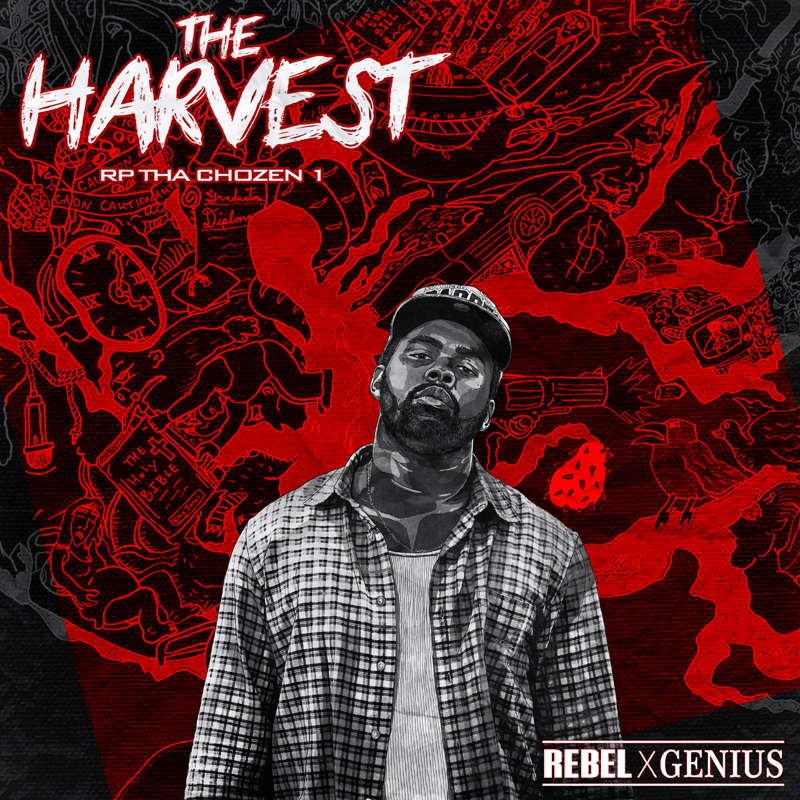 With influences like Lupe Fiasco, Kendrick Lamar and B.O.B it’s no surprise that RP Tha Chozen 1 is a prolific, versatile emcee who can be a bit unorthodox . Based in San Diego, where he was born and raised, and signed to Rebel Genius which is in the same city. RP Tha Chozen 1’s content is based on real life and is known for creating a connection with his listeners. The Harvest hits stores worldwide 09/15/2015.

Rebel Genius desires to be a catalyst in hip-hop culture through creating quality, thought-provoking and enjoyable content. It understands the importance of conventional Christian communities, but also that people exist who do not relate to these conventions and need to be shown something they can identify with. We desire to be the brand that they can identify with. To learn more, visit: http://rebelgeniusrecords.com/.