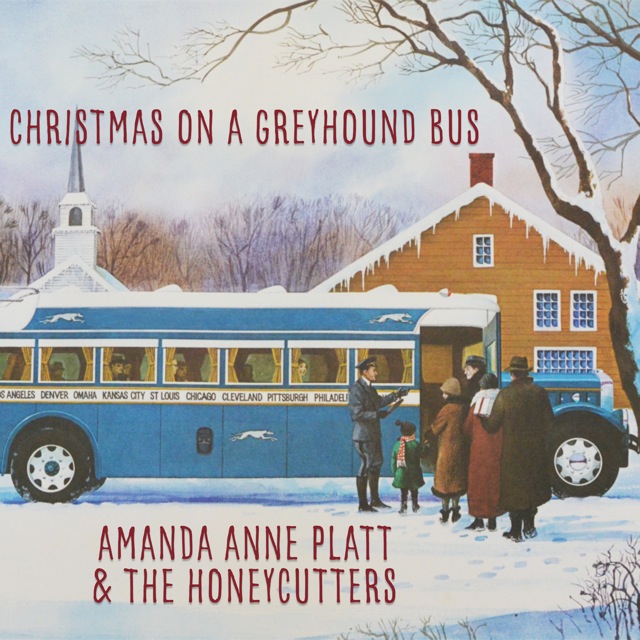 AMANADA ANNE PLATT & THE HONEYCUTTERS | Christmas on a Greyhound Bus

With her “gorgeous heartache-drenched” vocals, Amanda Anne Platt has been compared to Loretta Lynn and Sheryl Crow (Julian Piper, Acoustic Magazine), and together with her band The Honeycutters she has burst onto the national Americana, country and bluegrass scenes since their 2015 release Me Oh My. Their 2016 album On The Ropes debuted at #39 on iTunes Top 40 Country Chart, placed #35 on the Top 100 Albums played on Americana Radio in 2016, and landed at #1 on Western North Carolina’s WNCW Radio’s Year End Listeners Poll of Top Albums of 2016.

After co-founding one of the most successful Southern Gospel groups of all time, The Bishops, Mark has endured as one of the most celebrated songwriters in gospel music. He has written or co-written chart-topping hits with some of the genre’s biggest names—including being featured on The Grand Ole Opry, Gaither Homecoming series, among many other household-known television programming and recordings.

THE BAREFOOT MOVEMENT | “Early in the Morning”

Heralded by CMT Edge as “one of the most promising bands on the bluegrass scene,” the music of the Nashville based group The Barefoot Movement is as down to earth as their intention for members of their audience: sit back, relax, take your shoes off, and stay a while. In September of 2014 they received the Momentum Award, naming them “Band of the Year” by the IBMA.

3 HEATH BROTHERS | Who We Are

With tight harmonies, powerful vocals, and a cappella arrangements, the 3 Heath Brothers have quickly become rising artists within gospel music, sharing the stage with artists like The Talleys, The Collingsworth Family, The Booth Brothers, The Hoppers, Greater Vision, Jeff & Sheri Easter, Karen Peck and New River. The great Roger Talley is producing their Horizon Records debut album, Who We Are (Nov. 22, 2019).

A ministry 40+ years in the making, Bobby Carter & family carry on the tradition of founder Jay Stone with their powerful performances and releases. Over the years, the family band has been invited to perform in over 25 states, Canada, Mexico and Northern Ireland.

Johnny Britt is a multi-talented singer, songwriter, producer, trumpeter, arranger and composer with an impressive list of recording and performance credits including The Temptations, Chuck Mangione, Luther Vandross, Harry Styles, Annie Lennox, Peabo Bryson, Michal Bolton among many others. As a solo artists, Britt has earned three #1 Billboard Contemporary Jazz Singles, one an original composition that remained in the top position for 8 consecutive weeks.